This time it’s a beautiful and supportive channel about the changes in energy we experience when going through a spiritual process. Enjoy and we’d love to hear your comments 🙏🏽 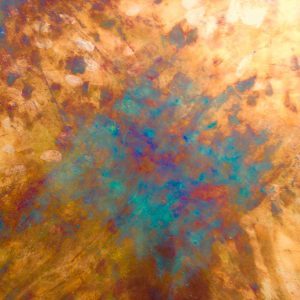 Greetings this is Alcazar, Light Being.

Often people have questions about energy and what it is. It is true to say that everything is comprised of energy. Often it is the energy around us that is affecting us and affecting our moods and our feelings. It can be hard to distinguish another person’s energy from your own energy, because unlike physical structures energy doesn’t have defined boundaries.

We are all born with the ability to be aware of energy. Even though we may not recognise it as energy as such, we are constantly communicating, both with our own energy and picking up communications from other people’s energy. To add to this complex mix there is also energy from the Earth that the human needs, a need by the way that is often neglected. And there is energy available from Source, that is available to humans at varying degrees depending on their ability to accept it.

I will leave aside for this channel the energies of other living being and living plants and indeed organic structures. In this channel I want to concentrate the physical effects of a human increasing their spiritual vibration. The methods for increasing vibration are known and I have spoken about increasing vibration elsewhere, and I will speak more about this in the future. For now, I am assuming a basic understanding of, and recognition of, the fact that a human has the choice and the ability to increase their spiritual vibration in order to develop along and fulfill their spiritual path. And ultimately to bring forward a closer connection to God.

Any change in the vibration of a human is not always straightforward and it can be confusing. Sometimes in order to move forward along the path, issues must be faced and the soul can sometimes, during a transformational process feel isolated and lacking in direction. The ultimate suffering of a soul is separation from God, and in the midst of a transformational process it is no wonder that some people, on a mental level, feel akin to being abandoned.

I underline on a mental level because those who actively choose and agree to go through a process usually have the soul knowledge that the process is beneficial and the knowledge that with any transformation there must be a death if the old before are re-birthing of the new.

So turning back to energy and how energy is affected during a transformational process, and there are many different processes of course, that are linked to soul development. Some involve the cells of the body, some would involve the chakras, some might involve the ethereal body of the human. I do not give an exhaustive list. And I do not want to suggest that only certain types of processes involve an energetic response.

On a day-to-dayday basis you are dealing with your own energy, and it’s impact on others, and their impact on you. It is easy to imagine that when you are going through a process you are often, at the same time, dealing with, in a much more intense way than usual, the energies of the Earth and the energies of Source.

This bombardment of different energies can be confusing, unsettling and can result in physical manifestations of sickness, headaches, shivering and fever. Again not an exhaustive list.

There is an awareness during any process – if you choose to focus on the energy around you, and the different energies interacting with you – an awareness that the energy is swirling about in a way that can seem very random, very haphazard and frankly, a little nauseating. This is because during a process often your natural grounding to the Earth is affected. Instead of feeling like a strong beacon with the energies swirling around you, you can actually feel like a ball being pushed and pulled along with the energy. So it is no wonder that you can often have feelings of sickness and disorientation.

Sometimes humans need a bit of a shake up, energetically. And whilst this shake up can feel disorientating, it is an essential aspect of any process. How can you give up the old and move forward if you are still hanging into your ground? How can you begin to change if you refuse to give up what defines you?

But for those of you in a process now of having gone through one, you will probably recognise your own soul knowledge that told you, counter to any logical thoughts you might have had, that a shake up of energy, if we want to call it that, was somehow essential to that process. And you would be right.

I like to use the image as you as a ball being tossed and turned by the waves of energy. As If the energy is the sea and you are a pebble in it. That washing action of the sea smooths your edges and just like a sculptor sculps to allow the existing inner form to be revealed, in the same way the washing of the sea erodes your pebble. Enabling the existing inner, and perfect God like form, and make in God’s image, to be revealed.

So this is a beautiful aspect of any process when looked at in that way. For those of you who are going through a process now or are about to go through a process in the future, remind yourself that you have chosen it. It is your soul’s desire, but in the midst of it, when you might be feeling almost as if you have lost yourself, focus on ‘you’ as that pebble in the sea. Then verbalise your recognition that you are being washed and cleaned and that whislt you do not know it, and you might not feel it, you are being held during this time.

I greet thee, this is Alcazar, Light Being.